I just got back from a small group hike to Yake Dake (焼岳), which is an active volcano in the Northern Alps of Japan. I thought about giving up halfway up the trail for the first time in a hike. I usually try not to bite off more than I can chew but with the covid inactivity – the short but steep trail leading to Yake Dake (2455m) coupled with an unexpected extreme nausea felt during the first 30 minutes of the hike made me question whether it was a good idea to go on a hike in the Japanese Alps after being a home buddy for many months. It was also the first time I joined a group hike in Japan and I felt awful in the beginning worrying about slowing down my group – the members of which have obviously been more frequently hiking than me over the last few months. At the end, it all worked out great and I had a great day out hiking in Nagano/Gifu (as I understand there is some border controversy) with a small and very welcoming group led by our amazing guide David Niehoff of Kanto Adventures. Most of the group members (9 people in total including David) knew each other from previous hikes but they were all very welcoming towards a new-comer and made me feel at ease even at times I felt awful for being the slowest among the pack. David – our guide – is an extremely experienced climber but I think he is also very experienced in leading a group hike, which requires a set of skills much different than ones own climbing experience and strengths. He showed a genuine interest in our enjoyment of the hike, had a very easy going but attentive style and was very careful with the timing/weather situation. I would recommend Kanto Adventures – David`s own company – to anyone looking for a multi day hike or a day trip departing from Tokyo (mostly departing from Fuchu Station at the outskirts of Tokyo easily accessible from Shinjuku). He offers hikes to many regions in Japan including multi-day hikes in the Alps. You can check out his adventure calendar on Kanto Adventures website.

I have to say that Yake Dake is definitely not a technical hike but requires constant climbing and substantial altitude gain in a short amount of time. There are two main approaches to the peak of Yake Dake – Nakanoyou and Kamikochi approaches. We took the Nakanoyu Route, which is slightly more difficult to get to than Kamikochi if you are solely relying on public transport. I understand that Kamikochi Route is the most popular route and there are number of steel ladders along the way that you have to tackle. Based on the photos, they do not appear to be very difficult but many blog posts warn people regarding those sections in case you are afraid of heights.

Nakanoyu Route on the other hand is a straight forward climb taking you through a beautiful dense forest for the first 1 – 1.5 hours depending on your speed before leaving the forest behind in the last hour or so and making you face your goal the whole time during the last section of the hike. There are no steel ladders or chains to tackle. The reward at the end of the Yake Dake is a quite stunning one that you can already get a sneak preview of during the approach with the fumes coming out of the lake near the peak. Similar to the Miyanoura Dake hike that I did in Yakushima in the summer of 2020, it really psychologically helps to see your goal ahead to push forward during the increasingly steep sections. I was probably much more prepared for the Miyanoura Dake hike last summer and Miyanoura Dake (despite carrying my tent and food for two days) felt much easier compared to Yake Dake where you get very short and only few breaks from constant climbing.

David lists Yake Dake among one of the easier hikes that it offers. I would just suggest that you look at as many photos as you can and be mindful of the quick altitude gain in a short amount of time. Wes Lang of Hiking in Japan lists the hike as grade 4 out of a difficulty scale of 5 (though I am not sure if his rating only applies to Kamikochi approach or both). The overall hiking distance to Yake Dake is around 7km and covers an altitude increase of around 800 meters. Just to compare – Miyanoura Dake hike from Yodogawa Trail in Yakushima covers approximately 16km in distance (round trip) and 567 meters of total altitude gain. So in comparison to Miyanoura Dake, Yake Dake requires a more constant climbing with very limited number of flat sections. Nothing technical or too difficult but still being mentally prepared in advance would help – I sure was not mentally prepared this time around.

Your approach to the peak will first take you to a small and beautiful crater lake giving you the first visually euphoric moment during the hike. You will probably want to take a break here taking many photos and enjoying the scenery. You will then follow the trail starting on your right and then take a sharp detour to left to reach the peak in a matter of minutes after that sharp turn. Follow the circle signs on the rocks and you will be fine. I stopped many times during that section. I was no longer tired or suffering from nausea but wanted to take in the scenery as much as I could and take many photos. Be careful – if you take the road going down as opposed to the final leap to the peak starting on your left, you will not reach the peak but start a 3-4 hours long trail taking you all the way to Kamikochi. That is a very tempting option (especially with the views and psychologic appeal of going down as opposed to climbing up) but you need to plan ahead for that alternative route down given the timing that it requires.

We were very lucky weather-wise, we had mostly sunshine during the ascent and the rain caught up with us only during the descent when were already deep in the forest. That was quite fortunate considering that we did the hike in late June during the peak rainy season in Japan.

I would recommend Yake Dake hike to anyone looking for an introduction to the Japanese Alps. It was not my first visit to the Japanese Alps but my first hike in those mountains and I could already tell that the Alps were a different set of beasts compared to some more gentle hikes of Kyushu including Yakushima. For some of those easier hikes, you can check out my post where I list some of my favorite hikes and walks in Japan.

On our way out to the mountains, we took off from Fuchu Station right outside of Tokyo to avoid the Friday night city traffic. Fuchu Station is one of those big and very well equipped stations if you have to do some last minute food shopping etc. I got there a little early and had a nice chicken dinner at an izakaya within few minutes of the station on foot (highly recommended). Although the distance to the trailhead from Tokyo takes around 3.5 hours by car – we left the night before and camped at a road side station to have an early start the next morning. There was a roof above our heads and we did not set up tents but just used our sleeping pads and bags which we were advised to bring with (otherwise, if you let him know in advance, David has some rentable ones available).

We woke up around 5am and were at the trailhead by 6.30am. We parked at the car parking space right after you pass Nakanoyu Onsen. The trail was quite busy but there were no lines or any noticeable congestion. As it is becoming increasingly more popular in Japan, we also came across couple of trail runners during the hike. We took our time at the peak (possibly around 45 minutes break) and completed the whole trail in 6 hours. It was a good pace for me after many months of inactivity but many people can probably do it in five hours or less on their good day.

We ended the hike at Nakanoyu Onsen before getting back on the road back to Tokyo. The entry fee to the onsen was already covered in the reasonable trip price. The onsen had couple of baths (above 45 degree celcius) with nice views (including an outdoor bath) and amazed us all with its immaculately clean facilities. We were back at Fuchu Station a little after 5.30 pm and I am glad that we did the hike on Saturday – allowing a relaxing day at home on Sunday writing this blog post. 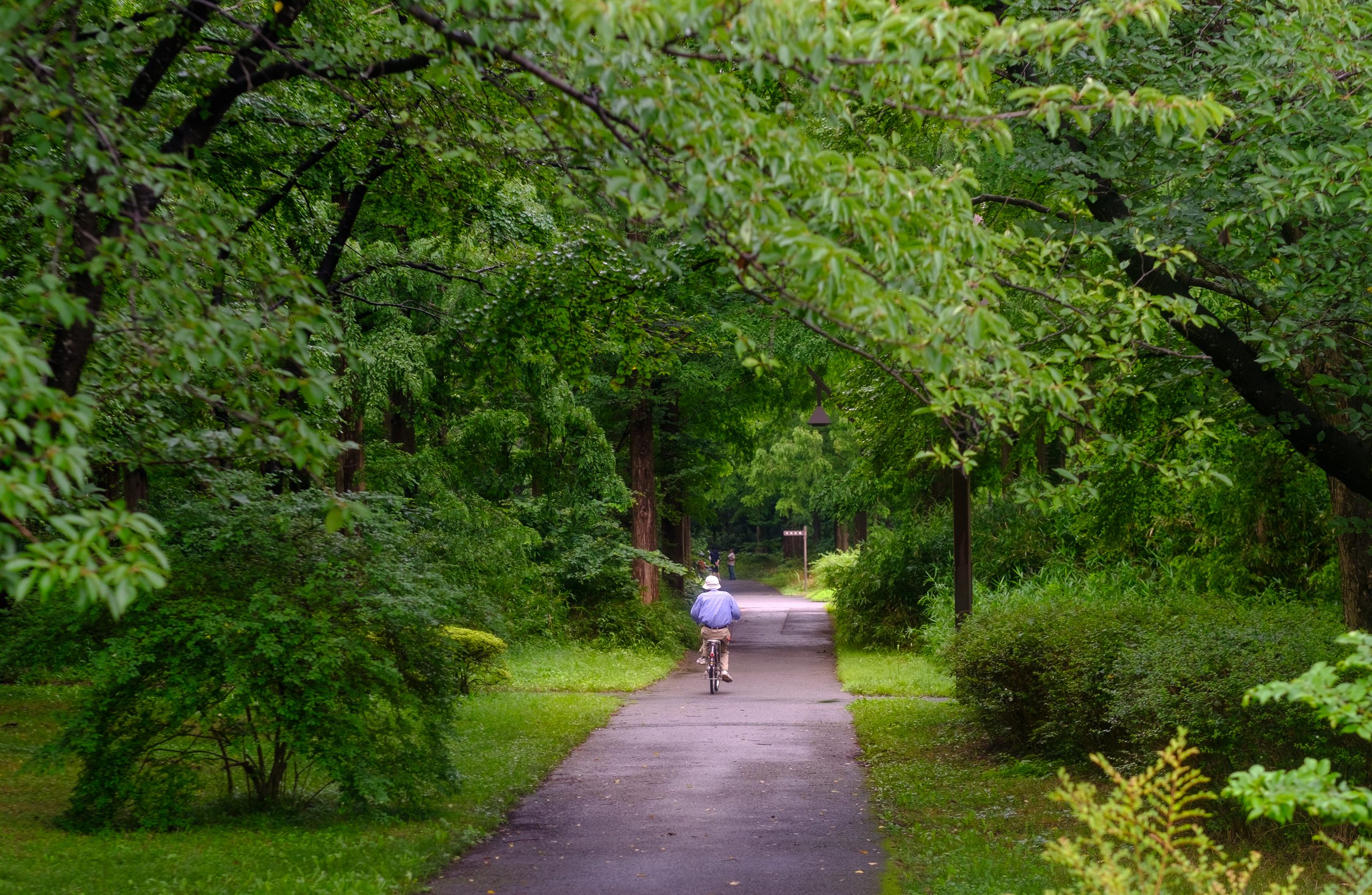 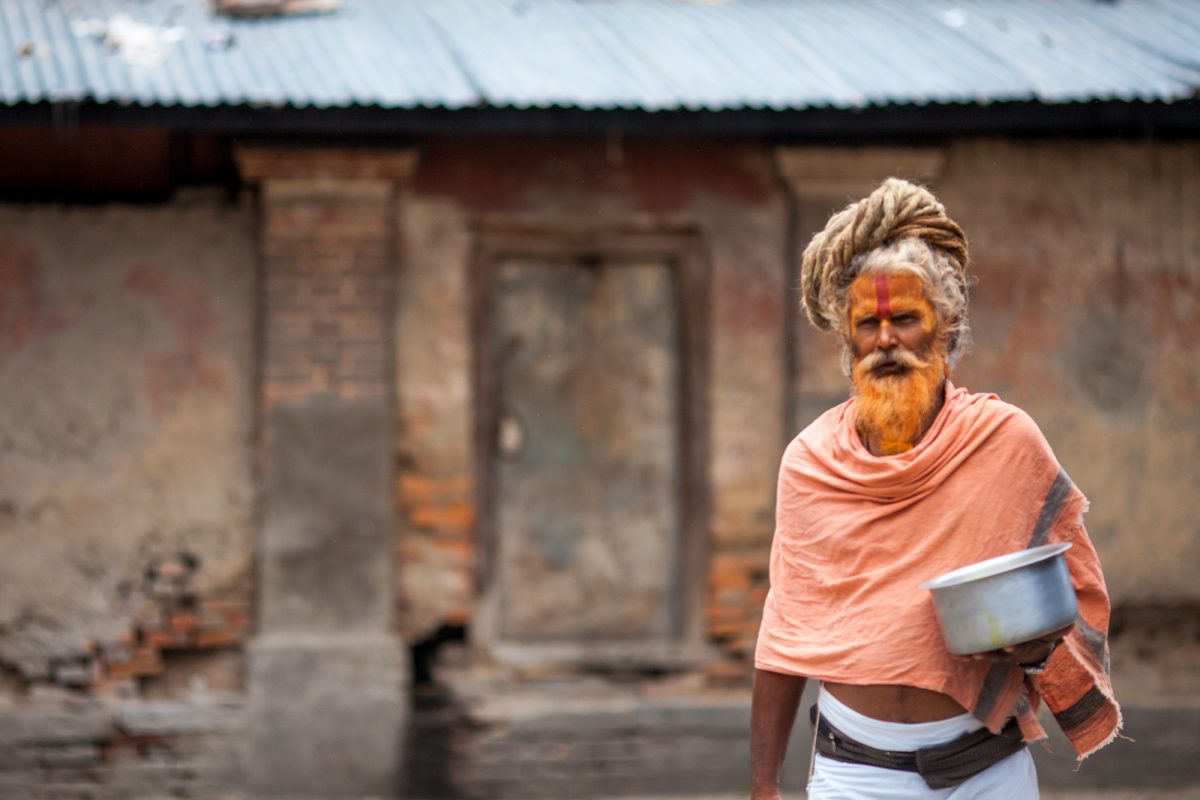